It is with great sadness that we announce the passing of Ralph Nix, former Executive Director of the Middle Georgia Regional Commission on April 13, 2021.    Services will be held Friday April 16, 2021.  Monroe County memorial Chapel in Forsyth has charge of the arrangements.  His obituary can be found here: https://www.monroecountymemorialchapel.com/obituary/ralph-nix

Mr. Nix served the communities of Middle Georgia, with faith and dedication, over four decades of his professional career at the Middle Georgia Regional Commission and its predecessor organizations.  He began his career in public service in 1963 with the U.S. Air Force, having earned the rank of Sergeant as a member of two separate “Outstanding Unit Awarded” squadrons; served as a case worker for the Bibb County Department of Family and Children Services from October 1970 to December 1972.

Mr. Nix started his distinguished career with the Middle Georgia Area Planning Commission in 1973 as Housing Coordinator and continued progressing through a series of positions in planning, economic development, and small business loan programs, up to his promotion to Assistant Executive Director in 1989.  In July 2006, the Board of the Middle Georgia Regional Development Center appointed Mr. Nix to Executive Director, a position he served with excellence until his retirement on June 30, 2016.

A humble leader, his legacy of public service is seen throughout the region and his ability to form relationships, bridge differences and accomplish the challenging is known across the state.  He will be missed by many. 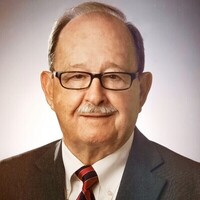